The lectures are in Dutch language or, if desired, in English. The duration, level and contents can be adapted to suit the target audience. The overview below assumes about 40 minutes before the break, 30 minutes after the break and a 10 minute question and answer session. Depending on the subject, many fragments of classical music and illustrations are incorporated.

Lectures at academic level can be found at www.itammagnetics.com. 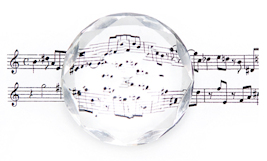 1. The historical link between physics and music

Level: basic knowledge of classical music and physics is assumed.

Comparing revolutionary innovations in music and physics, it becomes apparent that these discoveries have been occurring in the same periods for years. A deeper understanding of both disciplines can be achieved through this process. Many musical examples from the 16th up to the 20th century will be played, and placed in the context of discoveries in the field of physics. 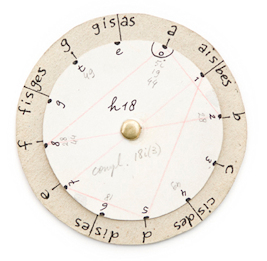 2. The flirtation between physics and music in the 20th century

In the course of the 20th century, enormous changes in all kinds of fields took place. Composers found musical answers to the new issues that had arisen. In the second half of the 20th century, audiences often found the numerous musical experiments carried out at the time hard to grasp. Gradually, tools were developed that made it possible to link those new notes in a more acceptable context.

After a short historic overview we consider several successive styles, like dodecaphonics, aleatorics, serialism and minimal music, and compare them with developments in physics. Many short musical examples will be played. The lecturer herself has combined Schönberg’s insights with Allen Fort’s ‘set theory’ to a new tonal system: relative tonality. The picture shows the belonging chord-generator. A few examples of this neo-classical style will be played.